The Day the Earth Shook: The Nisqually Earthquake, 20 Years Later 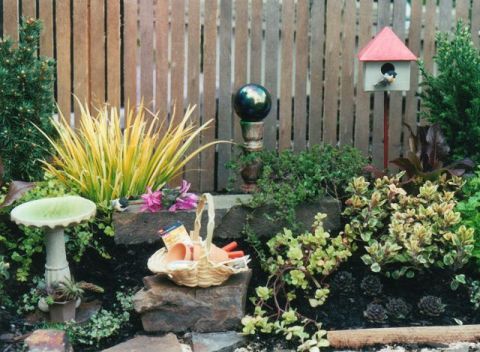 The original Miniature Garden that lasted for 3 years before the container fell apart. The scene is 10 1/2″ wide and was 1/6 scale.

The Day the Earth Shook: the Nisqually Earthquake, 20 Years Later

“You told me to call if I had any earth-shaking news.”

That was what I said to my father after calling him in Toronto to check-in after the Nisqually earthquake here in Seattle in 2001.

Twenty years ago today, I was at Swanson’s Nursery where I was just offered my first legal job in the US. I was thrilled. I was very eager to learn more about the flora of the Pacific Northwest after working for the past year under the table as a gardener, until I was able to get my green card.

After the interview, I went to check out the plants and that’s when the earth shook.

Kim (I think her name was Kim, she always had popcorn for lunch) ran out and yelled at us to get away from the greenhouses. I did, not knowing what else to do of course, it was my first earthquake.

And then the shaking stopped. I was officially unnerved and felt that the earth could begin shaking again at any moment. It’s quite disconcerting when the ONLY reference point that we have here on earth, moves. 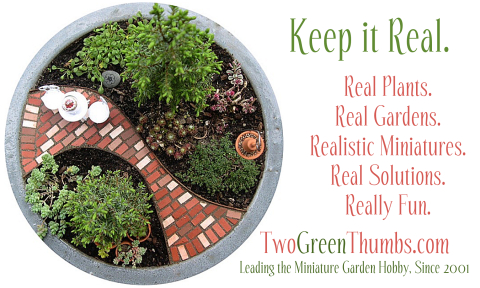 But what happened that day was really earth shaking for the garden, miniature, craft and gift industries because Swanson’s Nursery is where I discovered miniature gardening. It was Swanson’s where I found the miniature and dwarf conifers that spring and paired them with ground covers to build my first miniature garden.

It was at Swanson’s that I showed the “Original Miniature Garden” photo (above) to Candy, one of the walking plant encyclopedias that worked there, but she passed it back without thought and said, “That’s nice, Janit,” not even realizing that the scene was in miniature. (One of my ah-ha moments!)

I stayed there for about 3 1/2 years while getting Two Green Thumbs Miniature Garden Center up and running. I saw the seasons change in the perennial department, then I was promoted as assistant manager in the home accessory department until my manager found out how adept I was and got rid of me to protect her job. During these years, I worked weekends at garden markets and touristy craft markets spreading the joy of gardening in miniature. Eventually in 2004 I was able to start selling online and could quit my “day-job.”

As the Internet grew, eventually I did find someone else that was into gardening in miniature in the 1950s, based in the UK, but by that time, my history of miniature gardening was well on its way to being a major trend for the garden, miniature, craft and gift industries. An earth-shaking trend, I might add, as these industries are forever changed. We now have a new way to craft with miniatures and plants that is very personal, accessible to everybody, sustainable and renewable, and very, very creative. Have you planted your miniature garden yet? Won’t you join us?