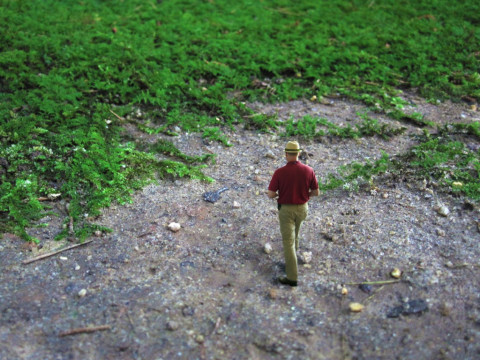 That is David Spain, moss guru and all-around-funny-guy. Click into the photo to get to his website and see him in his moss loin cloth and crown while you learn all about growing REAL moss. (Photo is from MossAndStoneGardens.com.)

I get an email at least once a month from fairy gardeners wondering why they can’t grow the ‘fairy moss’ in their miniature gardens. And it’s me that has to deliver the bad news. I can’t believe that the stores are still selling fake moss as a viable option for a living fairy garden.

And then I open a major independent garden center trade magazine this week and saw this photo: 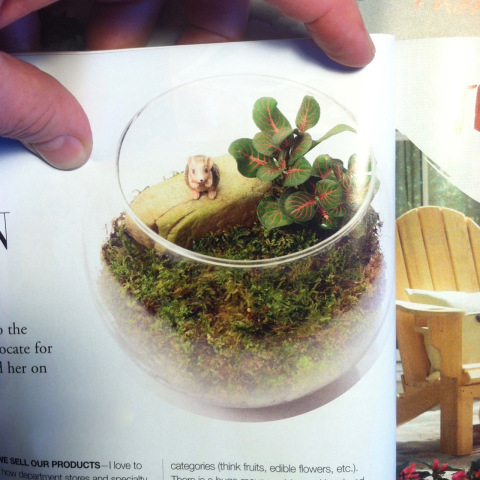 Using fake moss is a great way to kill your terrarium.

That terrarium will only work if that Fittonia is fake.

Caveat emptor, my friends! Any plant that comes in a sealed, plastic package is not alive.

Here is the Part I blog post on What They Won’t Tell You But I Will, where you will learn about the fake moss and why it does NOT work.

If you want to grow moss in your fairy garden or miniature garden, check out this blog for all you need to know. Moss Guru, David Spain, will teach you about the two major types of moss, how they grow, cultivating moss, growing moss lawns, and the care and maintenance of moss. Make sure you scroll down to see his very silly and very funny antics in his own moss garden over on the east coast.

Like this? Serious about miniature gardening? Join us here. 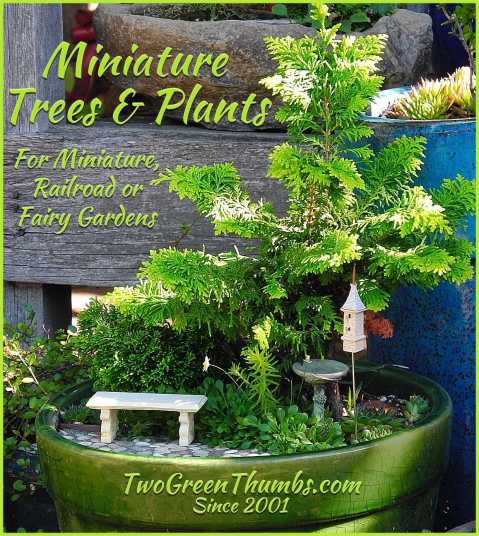